The rapidly growing use of mobile devices (including the growing number of Internet of Things (IoT) devices), social media, and collaboration tools, adds an increasing number of endpoints to a network. To provide endpoint flexibility, EVPN-VXLAN decouples the underlay network (physical topology) from the overlay network (virtual topology). By using overlays, you gain the flexibility of providing Layer 2/Layer 3 connectivity between endpoints across campus and data centers, while maintaining a consistent underlay architecture.

In traditional Layer 2 networks, reachability information is distributed in the data plane through flooding. With EVPN-VXLAN networks, this activity moves to the control plane.

EVPN is an extension to BGP that allows the network to carry endpoint reachability information such as Layer 2 MAC addresses and Layer 3 IP addresses. This control plane technology uses MP-BGP for MAC and IP address endpoint distribution, where MAC addresses are treated as routes. EVPN enables devices acting as VTEPs (see next section) to exchange reachability information with each other about their endpoints.

EVPN also provides multipath forwarding and redundancy through an all-active multihoming model. An endpoint or device can connect to two or more upstream devices and forward traffic using all the links. If a link or device fails, traffic continues to flow using the remaining active links.

Network overlays are created by encapsulating traffic and tunneling it over a physical network. The VXLAN tunneling protocol encapsulates Layer 2 Ethernet frames in Layer 3 UDP packets, enabling Layer 2 virtual networks or subnets that can span the underlying physical Layer 3 network. The entity that performs VXLAN encapsulation and decapsulation is called a VXLAN tunnel endpoint (VTEP).

EVPN-VXLAN in the Enterprise

With an EVPN-VXLAN-based campus architecture, enterprises can easily add more core, distribution, and access layer devices to a growing business without having to redesign with a new set of devices to update the architecture.

Additionally, enterprises can deploy a common set of policies and services across campuses with support for Layer 2 and Layer 3 VPNs. By using a Layer 3 IP-based underlay with an EVPN-VXLAN overlay, campus network operators can deploy much larger networks than are otherwise available with traditional Layer 2 Ethernet-based architectures.

EVPN-VXLAN in the Data Center 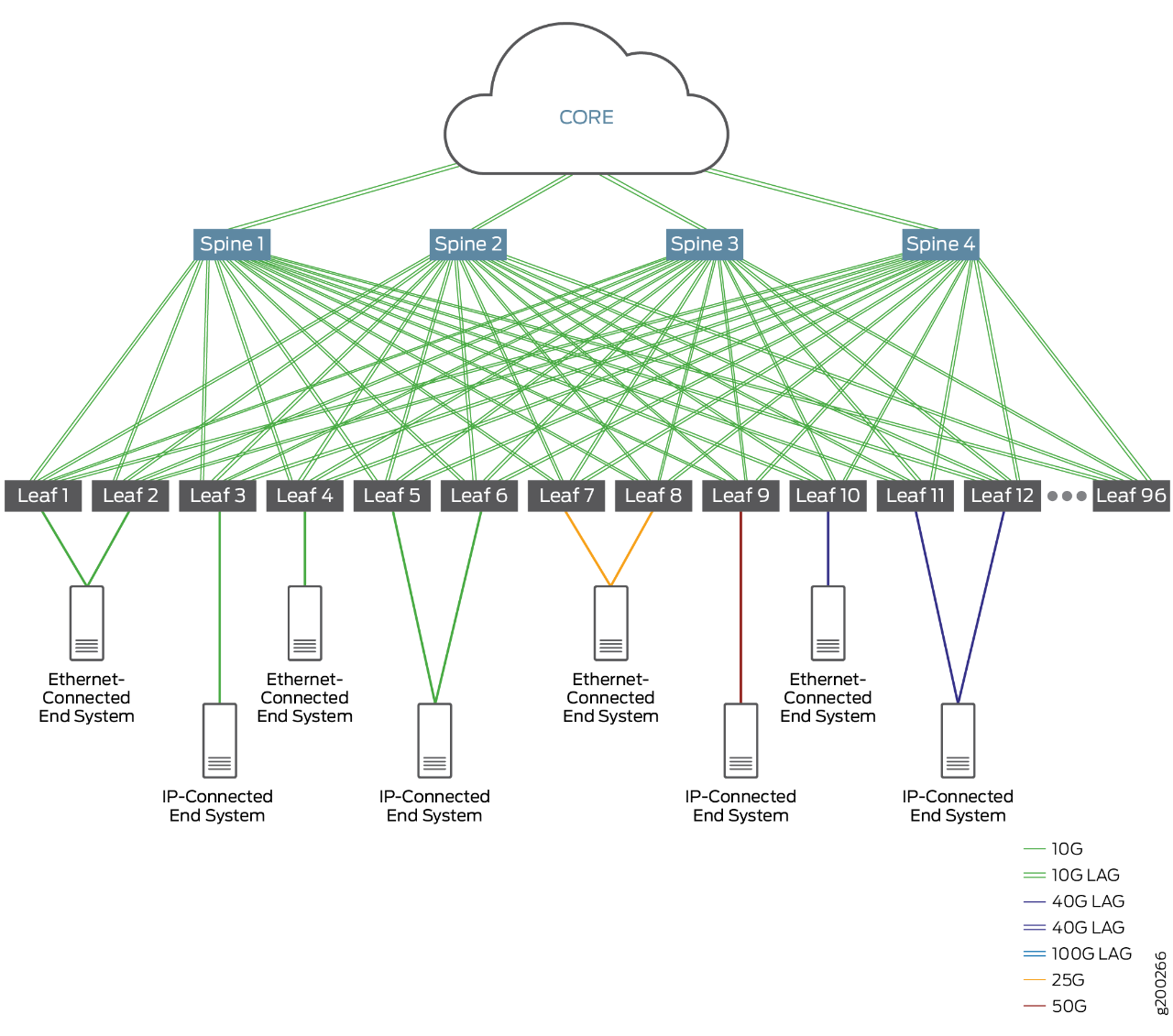 The IP fabric enables you to collapse traditional networking layers into a two-tier spine-and-leaf architecture optimized for large-scale environments. This highly interconnected Layer 3 network acts as an underlay to provide high resiliency and low latency across your network and can easily be scaled out horizontally as needed.

The EVPN-VXLAN overlay sits on top of the IP fabric, enabling you to extend and interconnect your Layer 2 data center domains and place endpoints (such as servers or virtual machines) anywhere in the network, including across data centers.

Juniper’s solutions for Evolved Campus and secure and automated data centers, based on a VXLAN overlay with EVPN control plane, are an efficient and scalable way to build and interconnect multiple campuses and data centers. With a robust BGP/EVPN implementation on all platforms—QFX Series switches, EX Series switches, and MX Series routers—Juniper is uniquely positioned to harness the full potential EVPN technology by providing optimized, seamless, and standards-compliant Layer 2 or Layer 3 connectivity, both within and across today’s evolving campuses and data centers.

EVPN-VXLAN started out as a proprietary set of vendor-specific solutions and evolved into a standard to address several enterprise business challenges.