The SINET academic information network, run by Japan’s National Institute of Informatics, supports research and education throughout the country and beyond. SINET6, which went live in April 2022, uses Juniper solutions to achieve four major goals: 400G connectivity, additional points of presence (POPs), and enhanced redundancy and security in the domestic network. 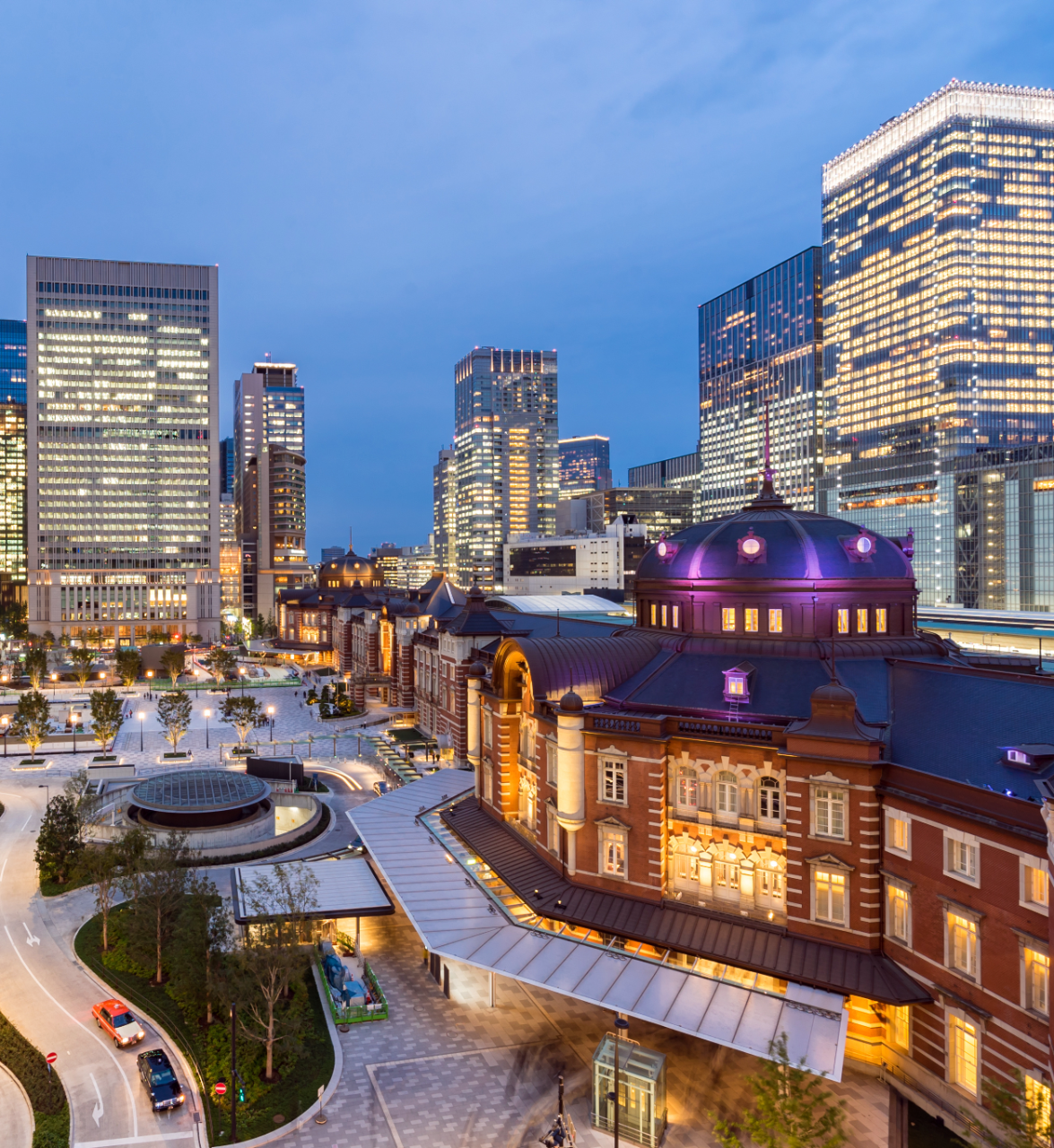 Low-cost router redundancy at the point of connection

The Science Information Network, or SINET, established and operated by the National Institute of Informatics, is an information communications network that stands at the center of Japan’s cutting-edge academic information infrastructure. SINET has connection points throughout Japan and provides a state-of-the-art network that is used by domestic universities and research organizations. SINET connects research networks in the United States, Europe and Asia, and is used as the infrastructure for international advanced research projects.

Since the first version of SINET was created in 1992, it has been updated every four to six years to incorporate state-of-the-art technologies and innovative methods. SINET5, which has been in operation since 2016, is a high-speed 100 Gbps network that stretches nationwide and ensures high reliability using a multilayered redundant design. In 2019, a 400 Gbps connection was established between Tokyo and Osaka, in addition, 100 Gbps connections were established with the United States, Europe, and Asia to meet the need for high-speed transmission of advanced research data. SINET provides not just network lines, but a variety of other services including high-speed Internet connections, high-speed VPNs, on demand services and secure mobile services. This ensures connectivity to large-scale testing facilities, supercomputers and commercial cloud services in each region and supports joint research and remote education.

“Although the significance and role of SINET has not changed significantly from the beginning, the needs for research data have changed. The volume of data is exploding and the need for data analysis is growing. It is possible that the massive volume of test data accumulated in the past will again be used for new analysis and research,” said Takashi Kurimoto, Associate Professor in the Information Systems Architecture Science Research Division at the National Institute of Informatics and Deputy Director of the Research and Development Center for Academic Networks. Kurimoto continued, “Since the midpoint of SINET5, there has been a growing movement to apply SINET in the educational sector including elementary, middle and high schools. SINET is expected to play a central role in the GIGA school initiative and in Society 5.0. SINET is being required to play an active role in a wider range of areas than ever before.”

In response to these needs, the National Institute of Informatics evaluated and constructed SINET6 with the aim of reinforcing services that are faster, wideband and easier to use by adopting state-of-the-art technologies such as 400G optical transmission, 5G mobile, and network functions virtualization (NFV). The full-scale operation of SINET 6 began in April 2022. 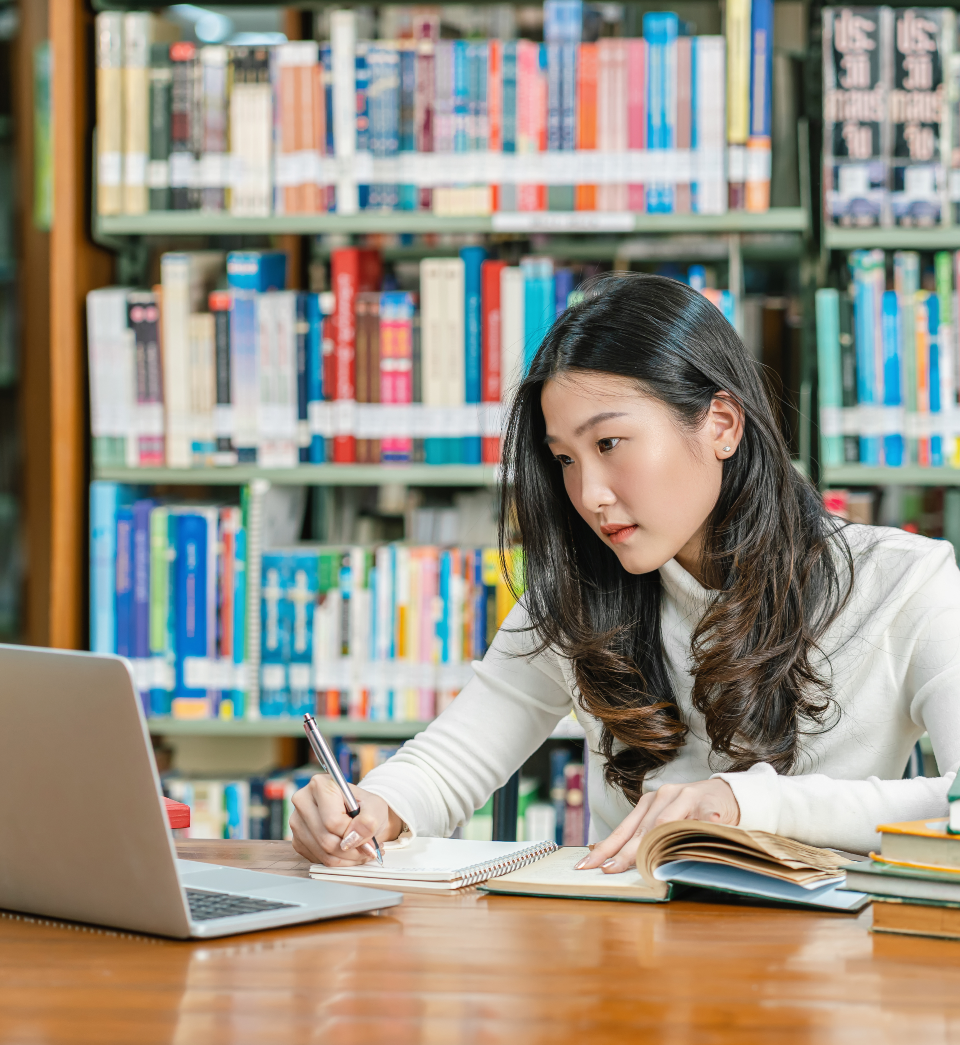 Expanding the reach and resiliency of SINET

SINET5, which used 100 Gbps communications, initially faced difficulties with implementation because some aspects of the new technology were unfamiliar. 400 Gbps is an even more cutting-edge technology that has limited presence on the market, and as a result, it was necessary to start by understanding the detailed technical specifications.

Some laboratories and observatories in Japan have opened in remote locations due to the nature of their research and the geographic conditions. With SINET5, connection points were established in all prefectures, but with SINET6, the number of connection points has been increased by approximately 1.5 times to 70, improving connectivity. Expansion using L2 switches was initially evaluated, but it was found that even 100 Gbps will be inadequate for some research and equipment, and a proposal to provide all with the same specifications was adopted.

“We needed to choose a product that prioritized cost efficiency and ensured high reliability while employing the cutting-edge technology of 400G. Juniper Networks’ products exhibited high reliability and cost performance with SINET5, and the most recent models are compatible with 400 Gbps. For these reasons, we investigated them as important candidates for SINET6 as well,” explained Kurimoto.

What the National Institute of Informatics focused on to address this was PseudoWire Headend Termination (PWHT), a new technology from Juniper.  With PWHT, it was possible to install small line multiplexers (ACX series) instead of redundant routers (MX series). This makes it possible to connect to a SINET router at a different connection point. Connection speeds are reduced, but connectivity can be maintained while controlling costs.

As lines and services are expanded, SINET’s value as a research network increases, but so does the possibility of cyberattacks intensifying. SINET6 features ultra-high-speed Internet connection lines, and even larger-scale DDoS attacks can be expected. The speeds of subscriber connection lines have also increased, so the impacts of DDoS attacks are greater. Corero (currently TDD) from Juniper is now being applied to SINET6 as a DDoS countermeasure technology that works in collaboration with the MX series to detect and prevent attack traffic with high speed, low load and high accuracy. 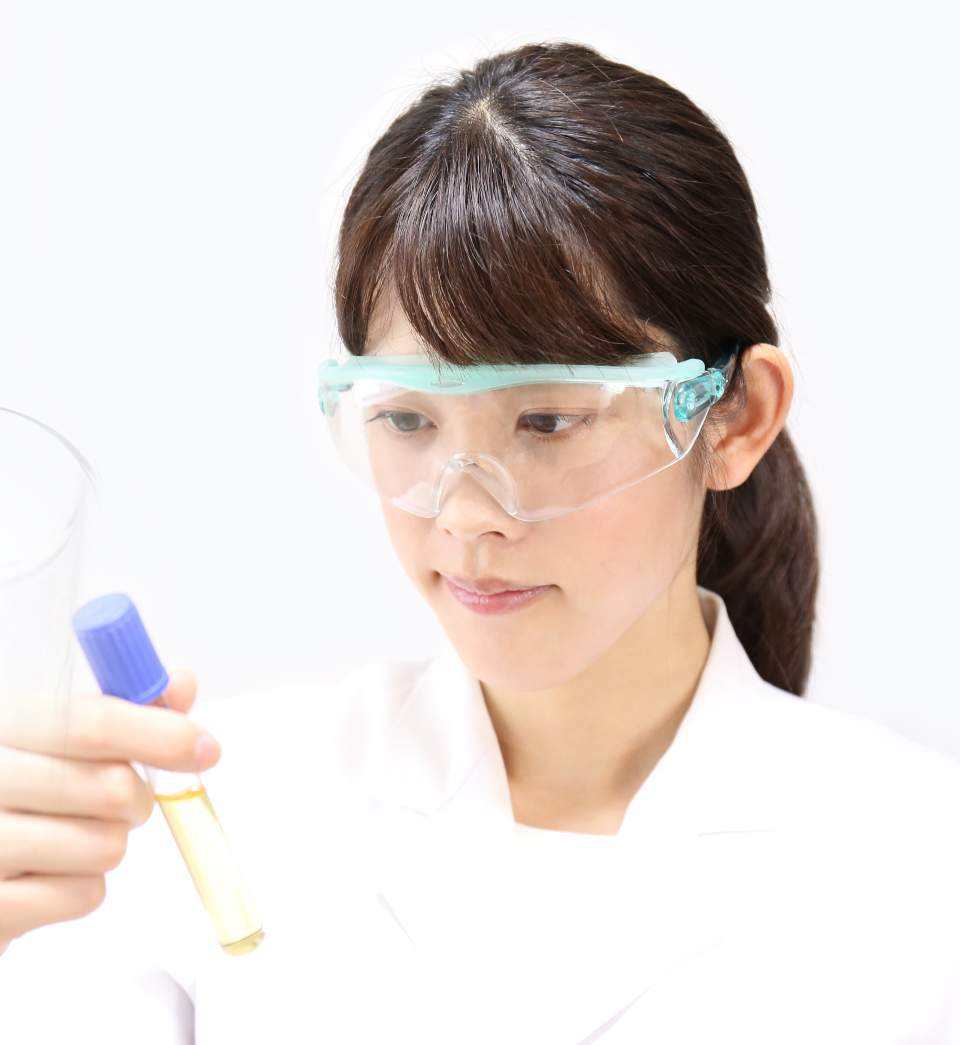 With SINET6, the National Institute of Informatics has built a stable and high-performance 400 Gbps network nationwide with the MX series at its core. The number of connection points has been increased and an environment has been created that makes connections by universities and research institutions in each region even easier than before.

The ability to provide greater hardware redundancy for backup lines, something that was requested by many subscriber institutions with SINET5, is seen by Kurimoto as a major accomplishment. Redundant high-performance routers consume a lot of resources including electricity and installation space, and because of this, efficiency gains that are not visible were achieved. There are also higher expectations for reinforced DDoS countermeasures in preparation for the future.

The specifications of SINET6, which uses cutting-edge technology, are extremely advanced. During the initial investigations, Kurimoto and others thought it would be difficult to implement. It is certainly true that there were difficulties, but Mr. Kurimoto recalls, “We were able to fully realize the network environment through collaboration with various business partners,” including Juniper Networks, which assisted with the construction and operation of SINET5.

“Juniper Networks has been involved in this project since its beginning and we have been able to engage in very in-depth discussions. Juniper Networks contributed to investigating various technologies and methods as well as assessing the feasibility of SINET6. We were able to introduce state-of-the-art technology with the help of Juniper Networks and we are extremely satisfied,” said Kurimoto.

As mentioned in the opening, SINET6 is being considered for use by a wider range of research and education than previously and is expected to evolve even further as a network service. As subscriber institutions increase and their needs diversify, it will be necessary to increase the efficiency of and automate operations. Looking ahead, planning for the next generation of SINET has started.

“We were able to fully realize the network environment by collaborating with various business partners. Juniper has been involved in this project from the beginning and proposed various technologies and methods, and we were able to engage in very in-depth discussions. Juniper Networks contributed to the investigation of various technologies and methods as well as assessing the feasibility of SINET6. We were able to introduce state-of-the-art technology with the help of Juniper Networks, and we are extremely satisfied.”
Takashi Kurimoto Associate Professor, Architectural Science, National Institute of Informatics, and Deputy Director, Academic Network Research and Development Center 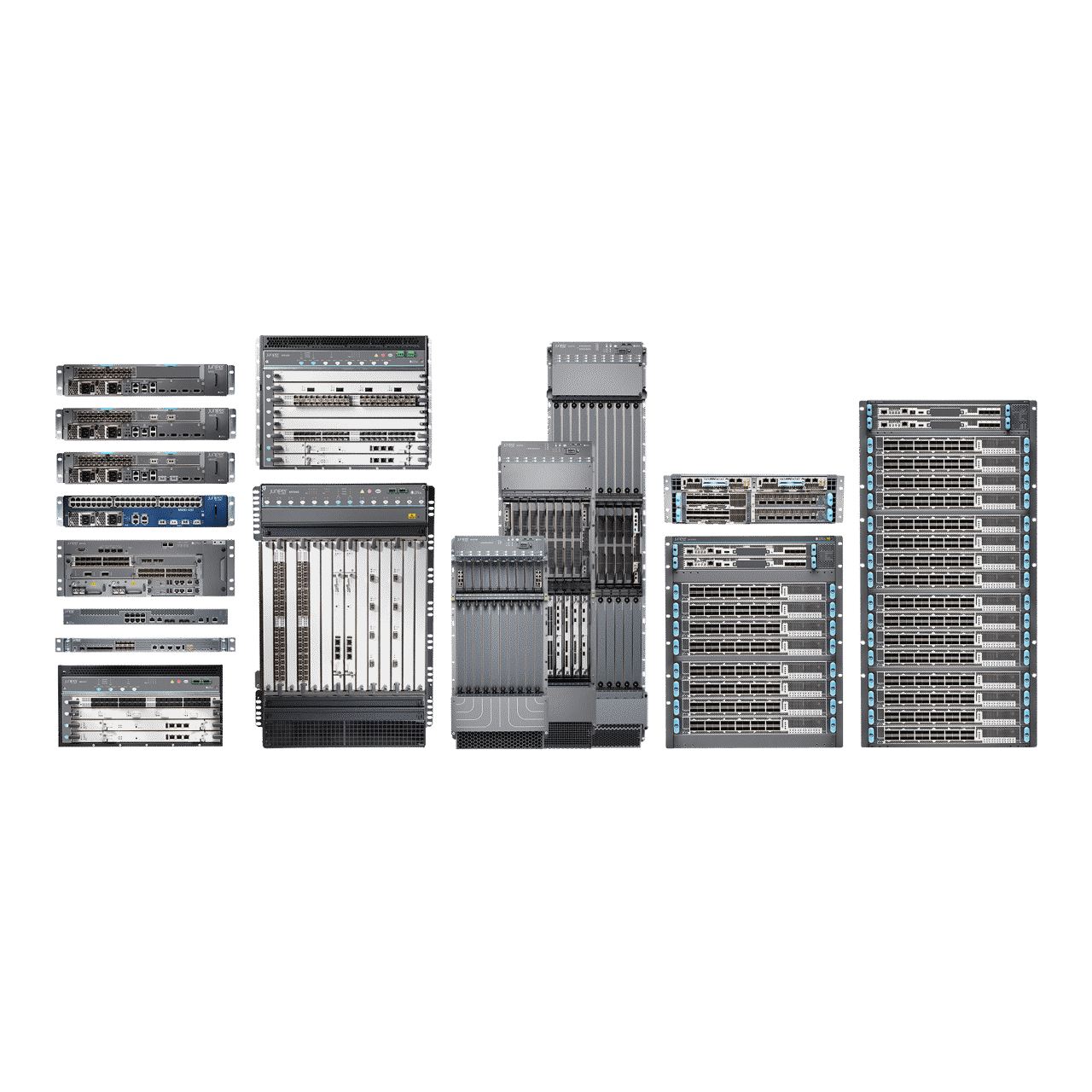 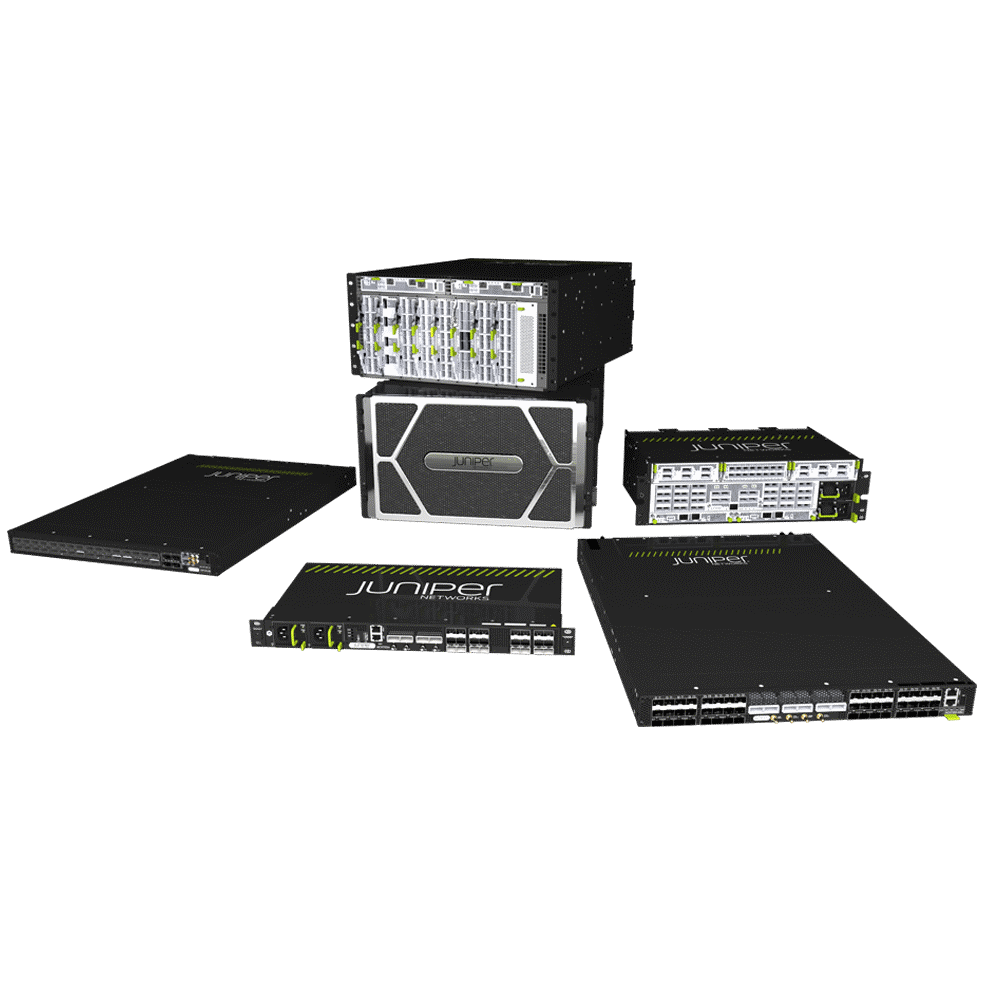 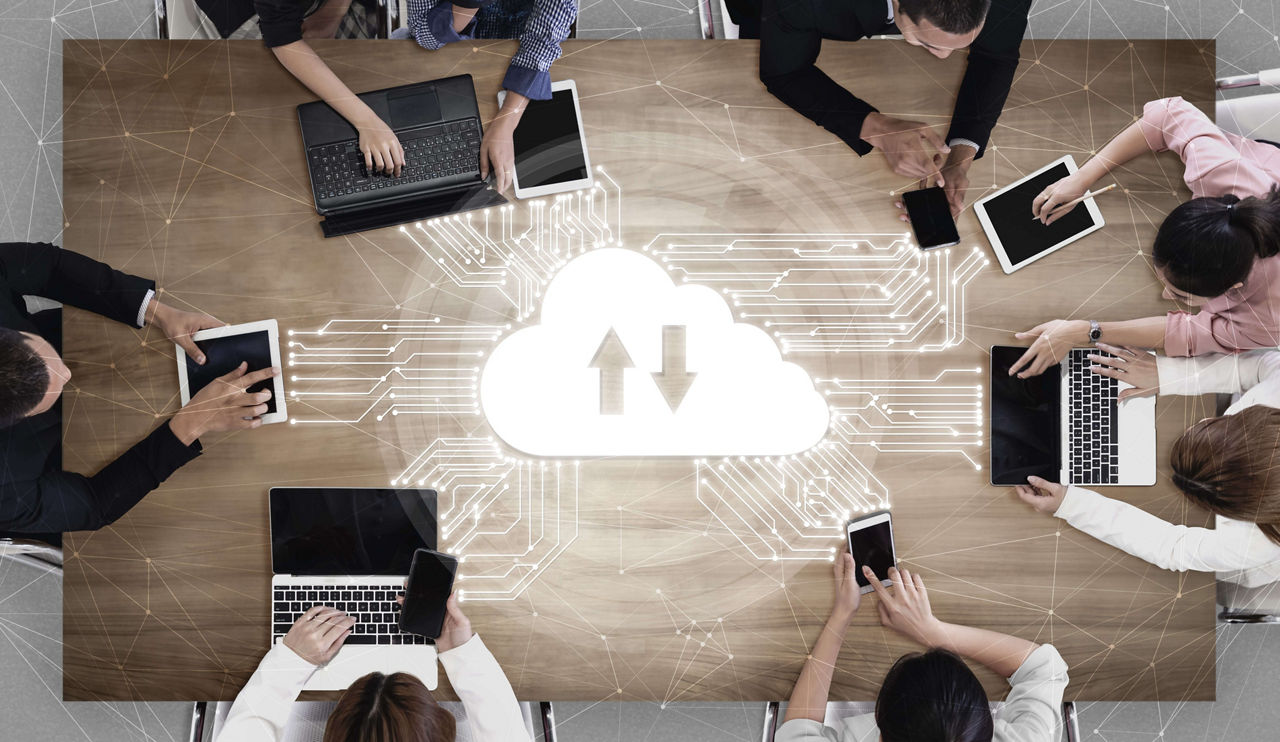 Juniper and Corero DDoS protection combines packet-level traffic inspection with the power of infrastructure-based enforcement. It automates real-time attack mitigation at the network edge at speeds to 40 Tbps.